I walked into her classroom the other day to see 6 tables that looked just like this... 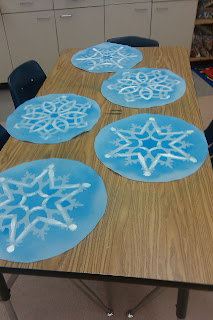 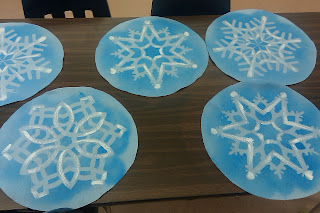 I picked her brain a little to see what she did and took a few cell phone pictures. 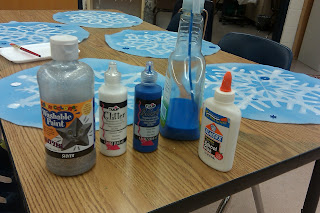 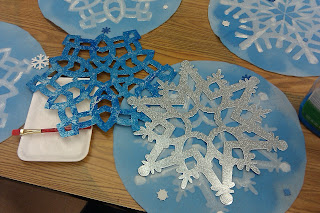 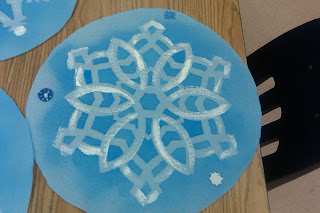 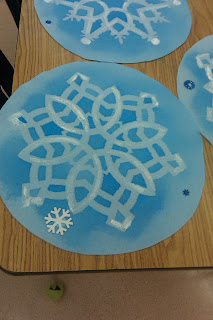 I'm so excited!  They've been singing their 3 songs since October.  I only see them once a week, so we had to start early...especially with Thanksgiving week off.

The kids will wear a white polo shirt which is part of our school uniform, so most of them should have one.  If they don't they will wear a blue polo shirt.  I've asked them to wear light khaki pants or white.

Posted by Jennifer Jean at 2:33 PM

Shows you how creative Moms can be, when we need to!!! Your kids are just sooo adorable, BTW! Happy Holidays....

Hey Jennifer, these are great! I hope you don't mind that I'm pinning this to Pinterest as a costuming suggestion for a children's musical called "Flakes" which you should check out if you ever do musicals with your younger grades! --Vanessa, Popplers Music

Thank you for these easy, but lovely snowflakes. I have to make 50.