Oral care is very important and I know a lot of children don't receive regular dental care.  I work at a low income (Title one) school and I know many of my students don't get the care they need.  I was so glad last week when I saw a Dentist was on the schedule for our Great American teach in to teach children about dental hygiene.  So imagine my excitement when I found out I had an opportunity to host an Oral-B party.  We decided to have a pajama party and my daughter was SO excited.  All the kids received a movie ticket invite which they brought as their admission ticket and they came in their favorite PJ's.  I had a fun snack waiting for them when they arrived.


After their snack, they all got their popcorn (or Chester's Cheese flavored puffcorn for any too young for popcorn) from the "concession stand" and settled in for a showing of Disney's Winnie the Pooh Movie!  As soon as the movie started one of the kids yelled out "I love this movie!"  It's already a favorite in many homes.  They were so excited! 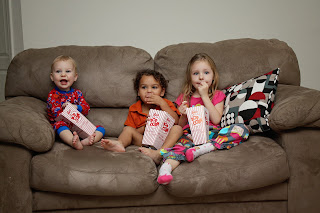 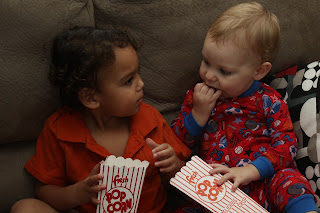 Even the little ones were interested in the movie and sat still for quite awhile! 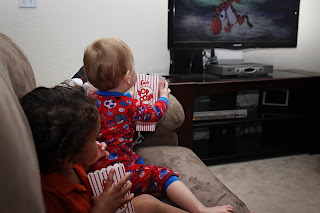 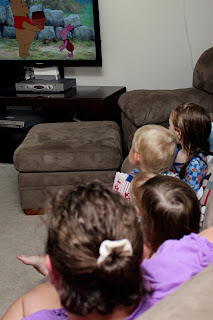 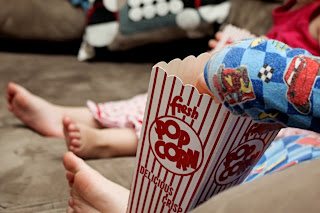 We had a little intermission right after Pooh thought he was eating honey when he was really eating mud.  We had our version of Winnie the pooh Worms and Dirt Dessert Cups...or "dirt/mud" like Pooh ate in the movie. 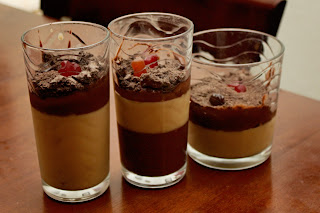 Then back to the movie. 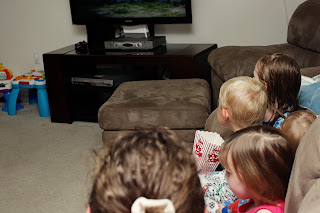 We even had some Winnie the Pooh reading going on when an attention span didn't quite last long enough for the whole movie. 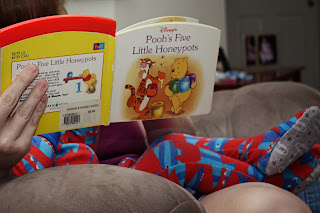 When the movie was over each child received his/her own gift bag of Oral-B supplies.  They got an Oral-B stage I or II brush (depending on their age), Oral-B Stages toothpaste (Disney Princess, Toy Story, or Cars), Disney Lavender Hair & Body Wash, and lots of coupons and information about Oral-B. 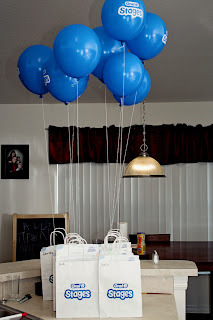 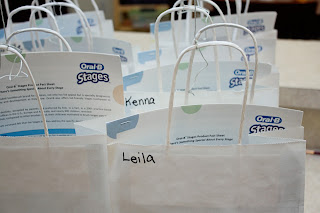 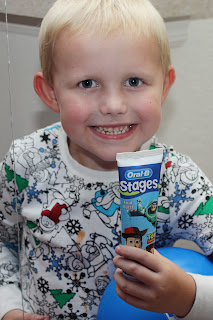 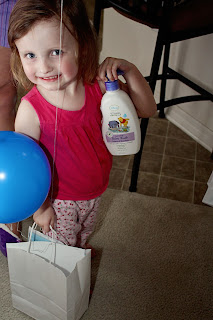 They loved their gifts and I know the Moms love it too.  It's not just something the kids love because they have their favorite characters are on them, but something they actually need.
We had the chance to try out our new toothbrushes a couple days before the party and my kids love them.  The stage I toothbrushes are for 4months - 24mos.  I like that the head of the brush is bigger than some other brands and the bristles are soft.  This is very important right now because Bubby is teething...really bad.  I don't think he's ever had one tooth come in at a time.  For him, it's at least 3 or more.  He has at least 5 teeth coming in right now and has not been happy.  His gums are so swollen and sore.  He does not like me brushing his teeth for obvious reasons.  At least with the Oral-B stage I brush the bristles are soft and I get get more brushed in one swipe with the the bigger head.
The stage II (ages 2-4) brush for Sissy has the bristles marked to show a pea sized amount for the fluoride toothpaste.  We don't usually let her use fluoride toothpaste because we worry about her swallowing it (I know probably irrational considering the amount, but that's normal...right?).  I know it sounds silly, but I really like the guide.  Obviously, I know what pea size is even though I hate peas, but I'm so used to putting toothpaste across all the bristles that the marks are a good reminder to how little she needs.  She will be using fluoride toothpaste from now on.  Check out Oral-B on Facebook. 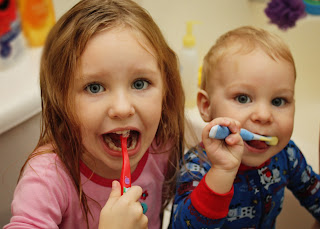 A couple guest comments about Disney's Winnie the Pooh Movie
What was your favorite part of the movie?
And a video from our household expert...Sissy.

This party was sponsored by Oral-B Stages I & II. 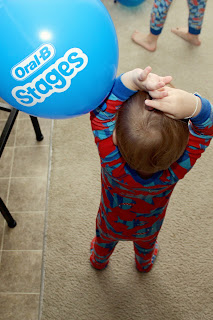 Posted by Jennifer Jean at 1:32 AM

OMGosh, I love the apple and marshmallow mouth's, 2 of my daughters favorite snacks, this will definitely come in handy!!!

Hobbies on a Budget said...

I love the apples and teeth ! Really Cute!

The apple teeth are MY FAVORITE! My MIL is a dental hygienist. She'd completely love this party idea.