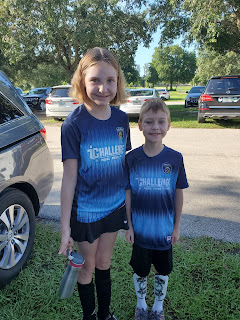 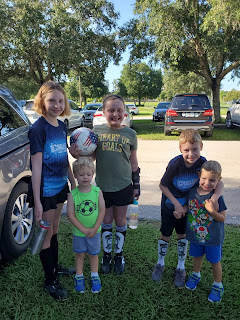 Once again my kids had a great time.  They chose a half day instead of a whole day this year.  The first day was bring a friend day, so my daughter brought her friend.  The twins came to see them off.  I'll admit there was complaining the first day about the heat, but it is Florida so that's expected.  The heat index was really high too. 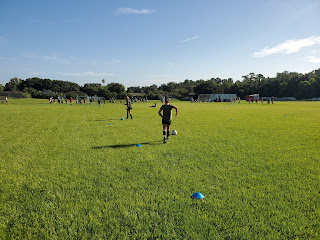 The kids are divided into teams (different chosen countries) for the week.  The compete against each other for points and the winning team wins the "world cup."  They really did have a great time. I love that the coaches are from other countries.  This year they both had the same coach and he was from Ireland. 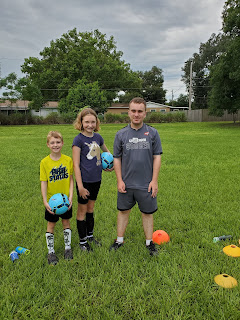 We did have one day canceled due to rain.  It rained a majority of the day and the indoors facilities are used by other summer camp kids.  Thankfully, I wasn't using camp as childcare while working or  I'd have been in a bit of a pickle.  As you probably know,  I'm a teacher so it was no big deal.  They had a make up day on Saturday for any kids that wanted to go.

It really is a great experience for the kids!  I'm glad my kids had the opportunity to go.
Posted by Jennifer Jean at 9:18 AM