We started the elf on the shelf tradition this year and it has been fun.  I mean there were some nights it was late and I was tired and realized I had to find a new place for our elf, Bernard, which usually required getting out the ladder.  We wanted to keep him high enough,so Bubby wouldn't mess with him and he's a climber.  Sissy would be really upset if Bubby touched him since he would lose his magic and become sick.


Here are some of the places he "hid" this Christmas. 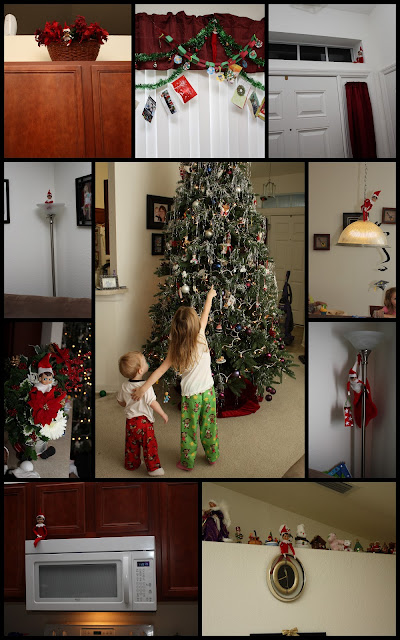 Bubby really got into it too.  He will point at him and say, "Bah-Bah" while laughing and giggling. 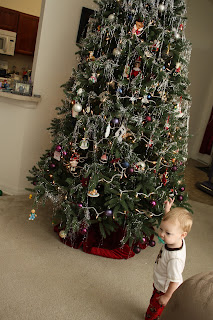 He left us some cookies the other night.  He was holding a gift bag and a pen and inside the gift bag was the note about the treat. 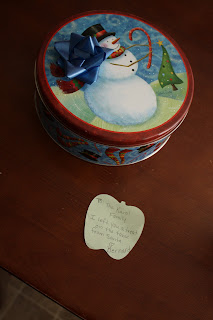 I've been trying to prepare Sissy and remind her that Bernard will be leaving tonight to stay with Santa.  She loves him and I know she's going to miss him. She said "he's apart of our family."  He may leave her a gift or two with Santa's gifts tonight.  I'll just have to remind her that he will be back.

Who knows...maybe he will come back with a friend or a sister.  Originally she told me that she wanted to name him "little girl elf."  I told her he was a boy and needed a boy name.  Later I found out they really can be a girl too and even have a skirt.  I also read that some families have more than one (if they have more than one kid), so when they grow up they can each have their own elf from their childhood.  Sounds like a good excute to me.  Here's to hoping a lot of retailers want to get rid of them after Christmas...really cheap. :)

Email ThisBlogThis!Share to TwitterShare to FacebookShare to Pinterest
Labels: Family