During Spring break we had a chance to try out the Putting Edge Glow in the Dark Mini-Golf in Orlando.  The kids were very excited.

When we got there we realized it is in an abandoned mall that they are trying to remodel and build back up.  It was completely deserted there and was a little creepy with all the empty stores.  At least we didn't worry about crowds.  The only stores occupied were at the ends of the mall.  A movie theater, Fudruckers, a little book shop, and Bass Pro Shop, 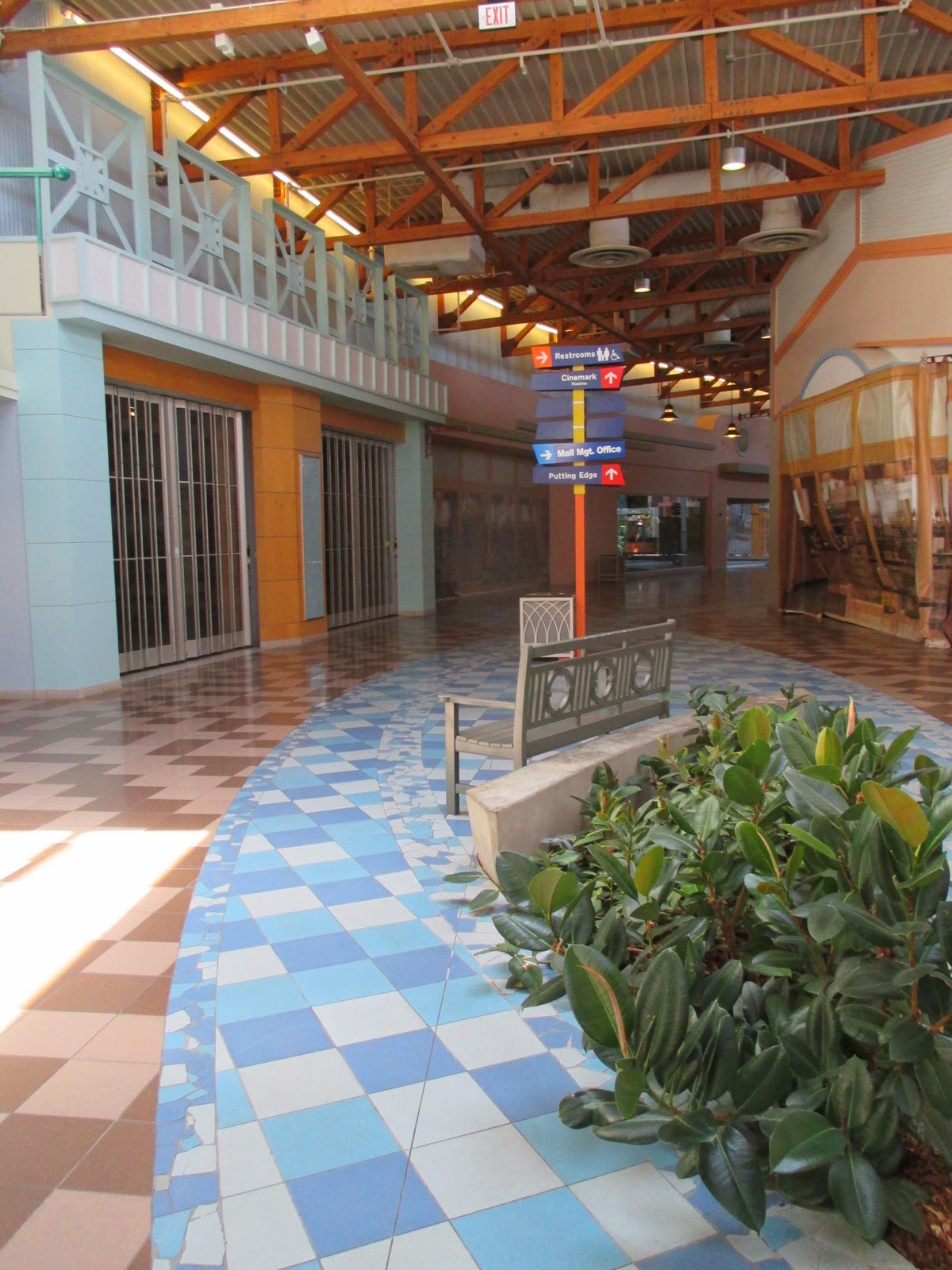 We were glad we were able to find the place.  There was some worry it might not be open...that would be our luck.  Thankfully, it was. 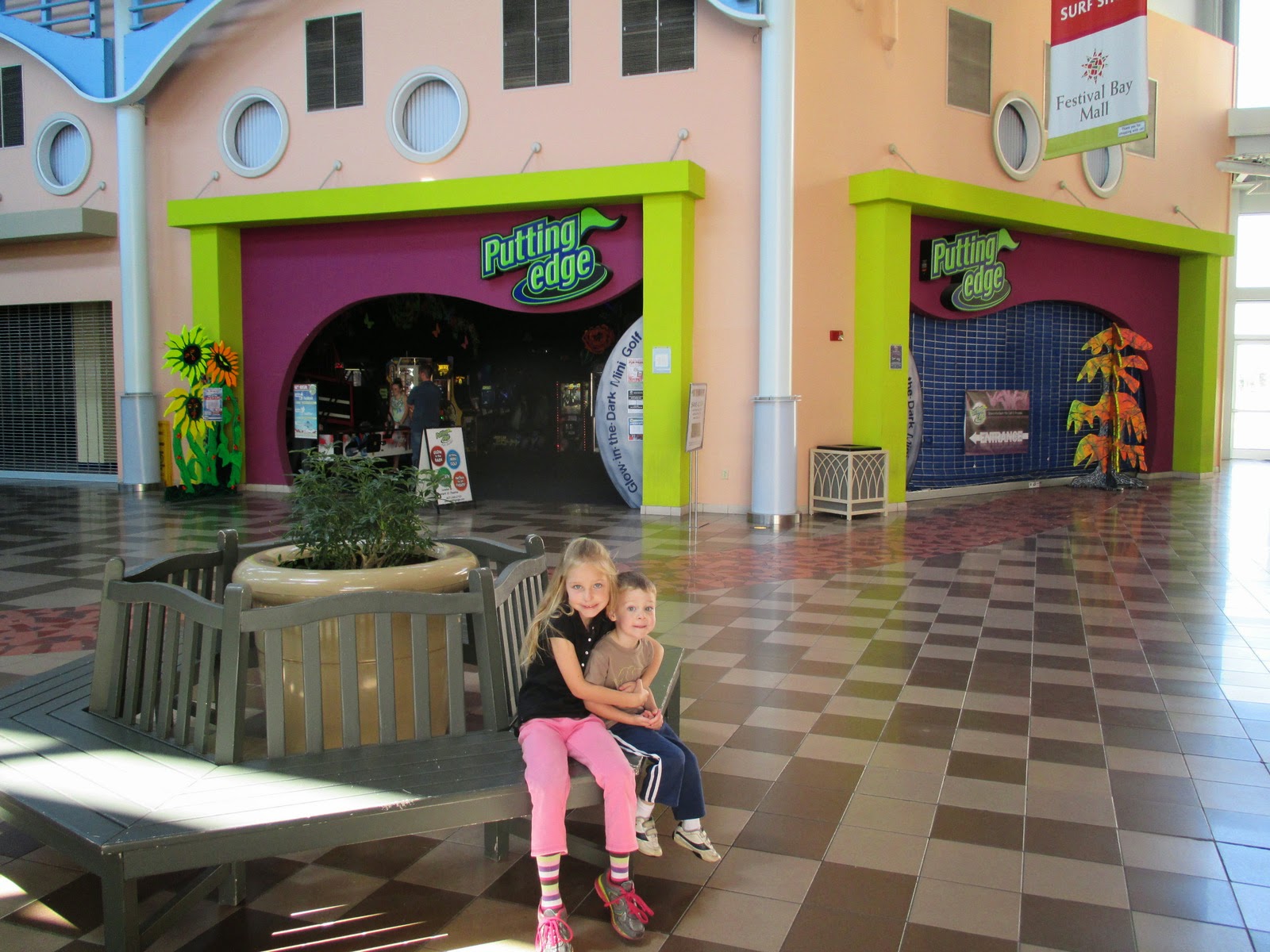 It wasn't a huge place, but we figured that.  It did seem bigger once inside.

We got our putters, a glow and the dark bracelet, and ball. 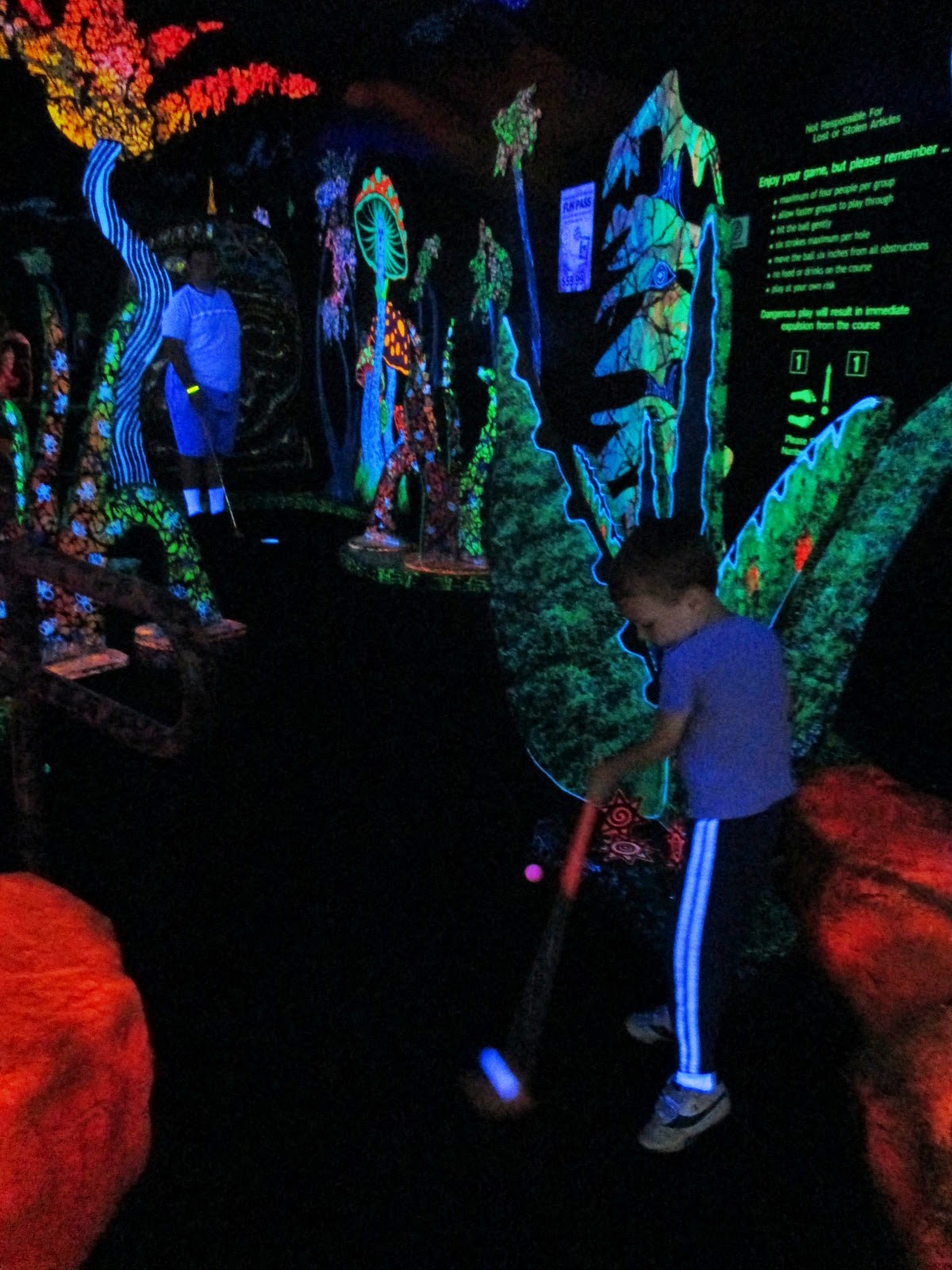 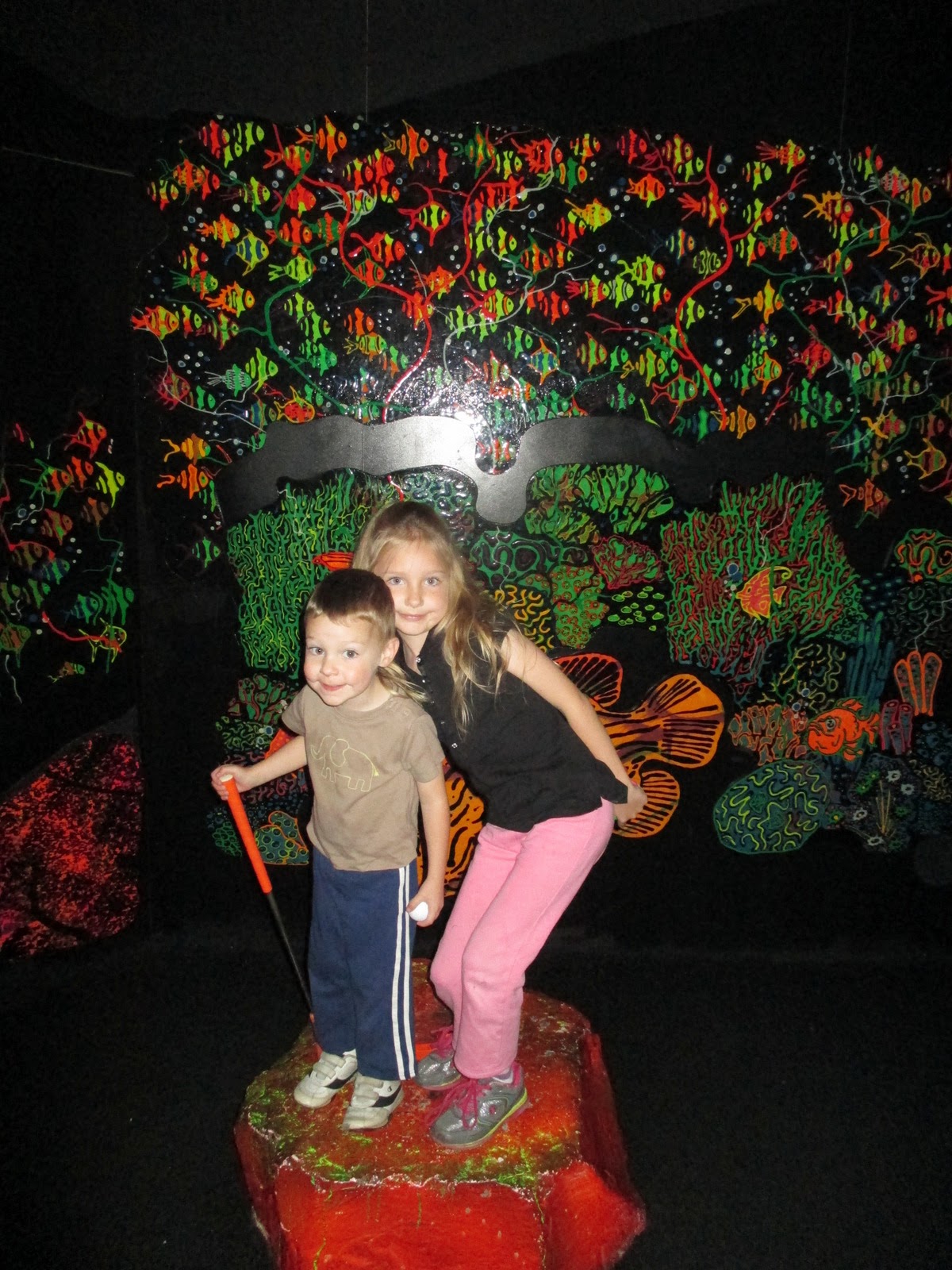 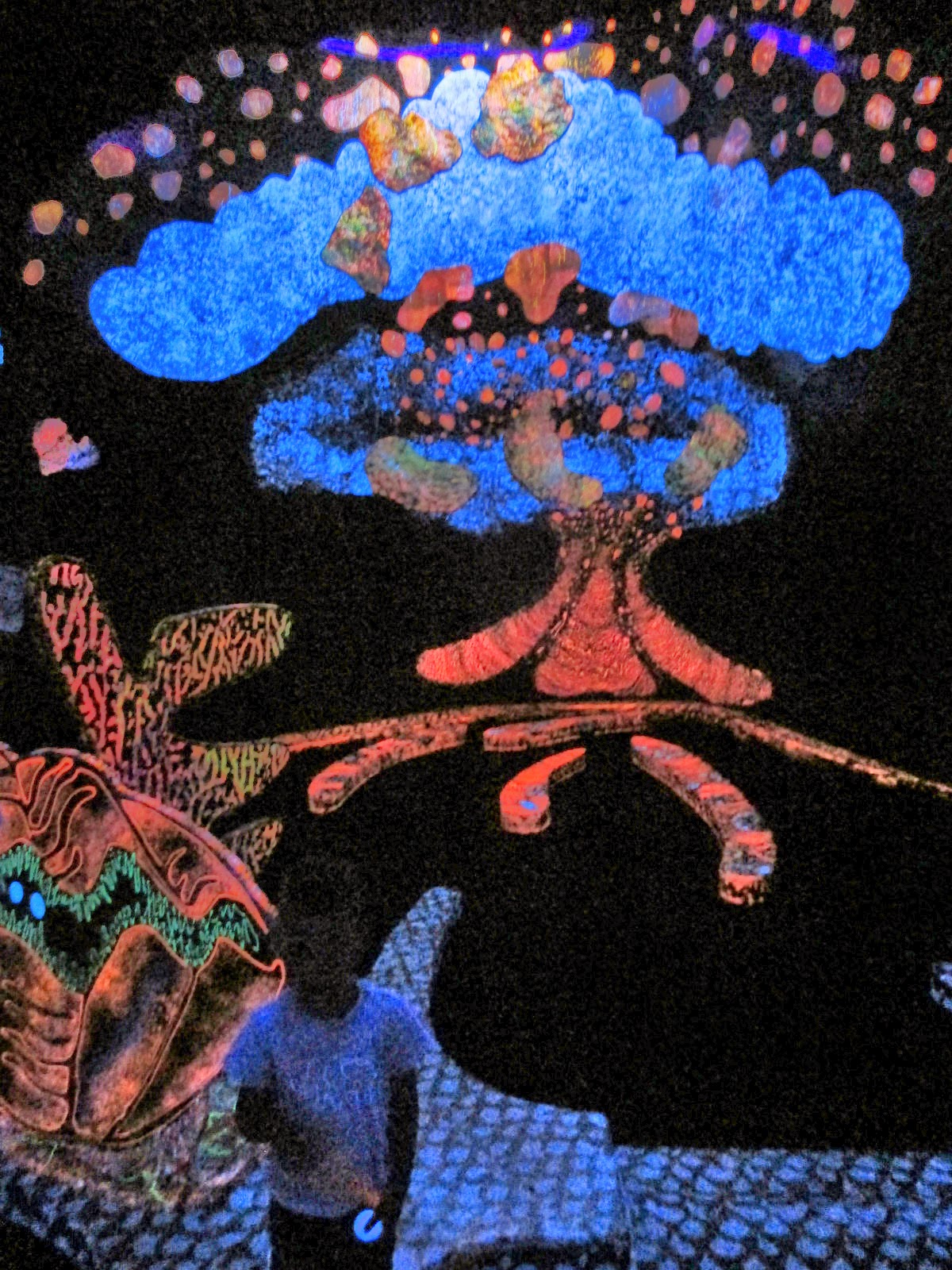 The glow in the dark is always cool.  Each hole was very close to the next.  There were little platforms that you could stand on while waiting for others to take their shot so you weren't in the way.  The only thing I didn't like is that each hole isn't separated from the next.  There were quite a few times we accidentally shot into the next area.  Others did in ours as well.  Also, I didn't see a bathroom.  I took Bubby all the way out into the theater next door to go.  If there was a bathroom close by, I didn't see it.  I was quite surprised at how well Bubby did.  I think he did better than Sissy and probably better than me as well. 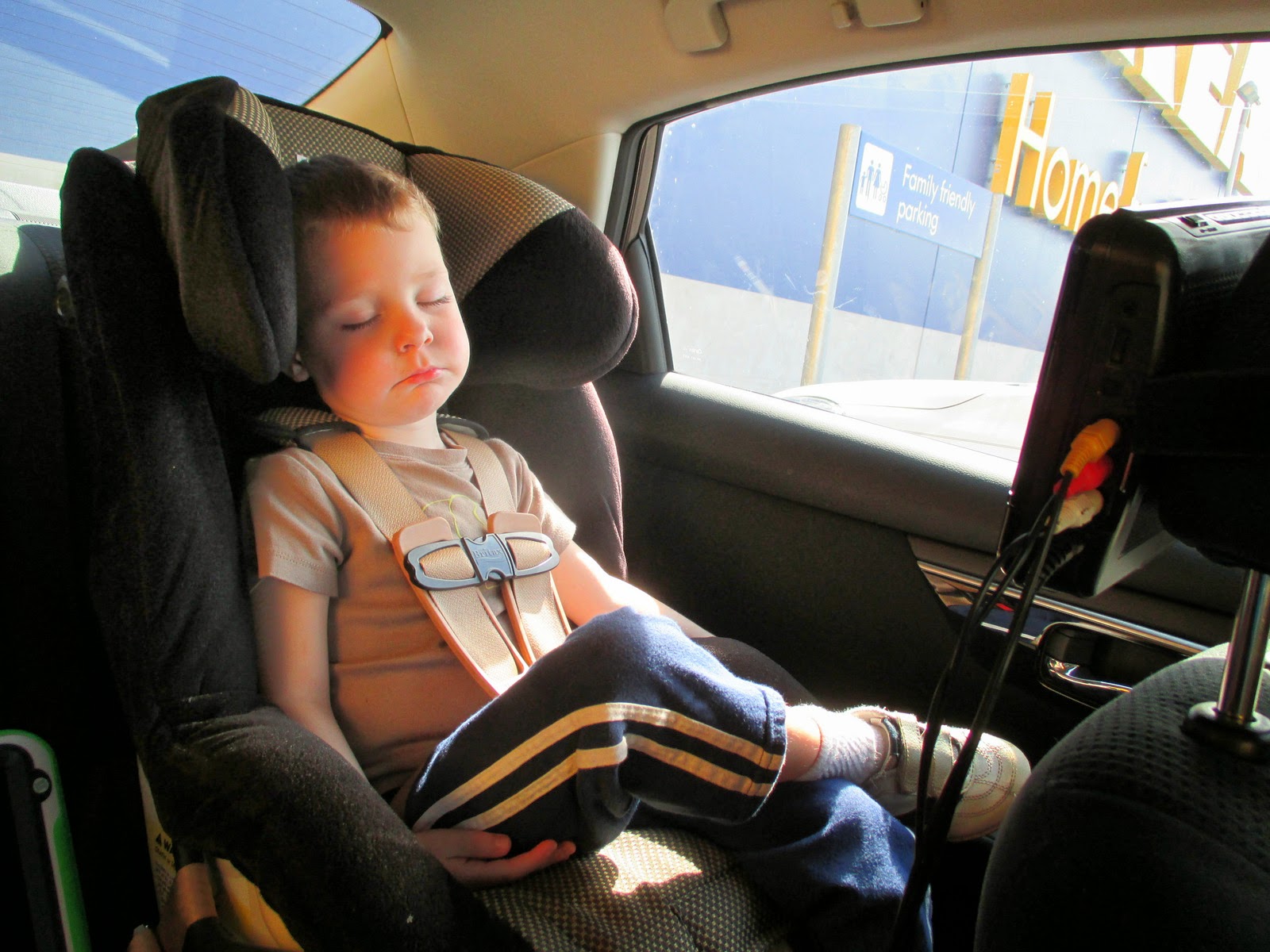 We decided to go to Ikea afterwards and as soon as we pulled in this is what we saw. Looks like we wore him out a bit.

We had fun at Putting Edge Glow in the Dark mini-golf.  We love the glow in the dark effect.  I just don't know if we'd spend the money to go back again.  Well...maybe not just full price.  There was a small party area, but I don't think it would be as fun or convenient as other "party" places.  When looking online it says there is Pizza provided for the two upper end packages, but I didn't see any food place in this Putting Edge.  It is quite small and the arcade is just a few things.  It's definitely really quiet for now.  I do hope that this mall picks up and fills all the stores.  It is actually a really cute mall.

Posted by Jennifer Jean at 9:20 PM

Email ThisBlogThis!Share to TwitterShare to FacebookShare to Pinterest
Labels: Review